On Monday, the Year 5 cricket team took part in a tournament at Norley Hall Cricket Club. On what was a gloomy day (due to the showers) the children did really well to dig in and play hard, narrowly missing out in both matches by a handful of runs. Well done team.

On Wednesday, the Year 5/6 girls’ cricket team took part in the Wigan finals at Orrell Red Triangle Cricket Club. They played against an experienced Orrell team in the first match who proved a little too much for us. In the second match, however, they were a different team! The bowling, batting and fielding was amazing, proving just how resilient and determined the team are. Well done girls. Thank you to Mr Copley for preparing the children for this event.

On Monday, the Year 5/6 girls’ cricket team took part in the Wigan East tournament at Westleigh Cricket Club. The girls were amazing throughout the whole morning and improved as cricketers as the time went on. Our bowling became accurate and difficult to face. We took some impressive catches and our batting proved to be the ‘secret weapon’ we needed (hitting the boundaries on a regular basis). We won each of our matches and this means that the girls are through to a play-off final with other winners from Wigan schools. Well done girls! Thank you to Mr Copley for taking the team on this occasion.

On Wednesday, some pupils from Year 4 represented Lowton West in a Tag Rugby Competition at Leigh Miners Rangers Rugby Club. The children displayed great attacking and defensive skills and scored many points against the opposition. The players showed great teamwork and went through to the semi – finals. At the end of the competition, the children finished in 4th place. A fantastic afternoon! Well done to all of the children who took part. Many thanks to Mrs Copley for taking the team to this event. 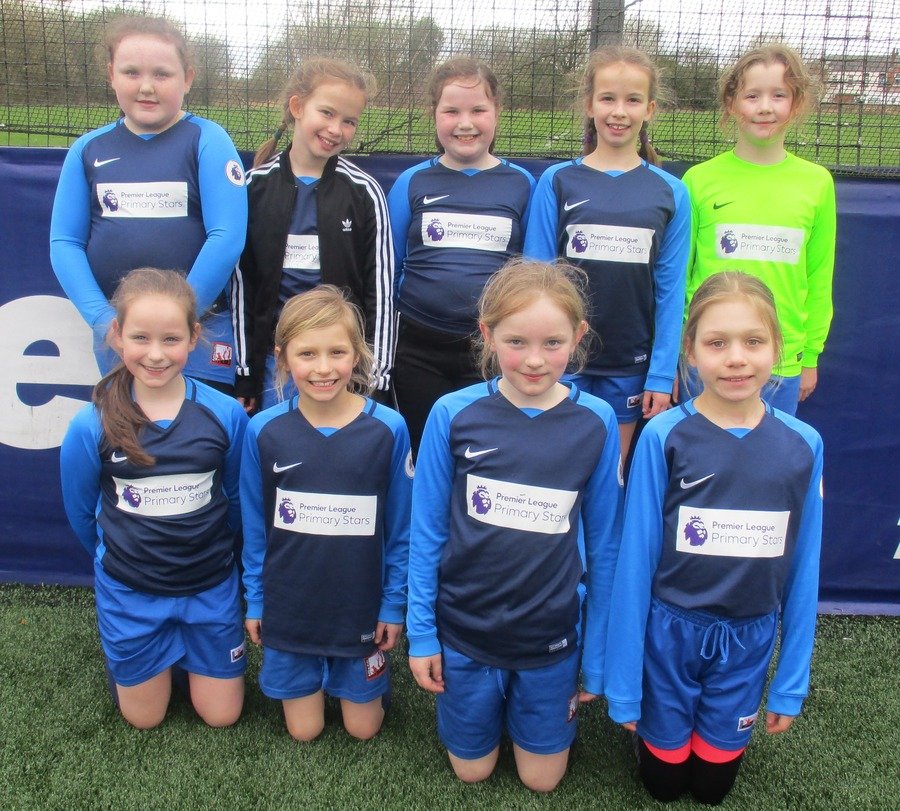 At the Greater Manchester School Games, the children met some famous people and had photos taken with Beth Tweddle!

Beating hundreds of the schools in GM, the Y2 children returned with bronze medals and the Y4 children won silver!

This was a real achievement for the children, especially considering the stiff competition.

Thank you to Mrs Brooks and Miss Fairhurst for coaching the children and parents for helping at home.

. As you can expect, the standard there was very high with most of the other teams having an assortment of club players as part of their squad.

This meant the team had to show boundless energy, determination and resilience..

More importantly, they showed amazing teamwork that was commented on by several of the match officials.

This meant that, by the end of the day, the team were starting to win comfortably.

We're very proud of you.

Thank you to Mr Copley for coaching the children over the last few months..

On Thursday, two teams, selected from Year 5 and 6, represented school at the Boccia event, held at Leigh Sports Village.

Both teams played brilliantly, with one team making it through to the final and finishing in second place.

The children behaved brilliantly and showed superb sportsmanship - being the first to shake hands and say well done to the other teams.

The team played really well, coming third in their group.

Last Saturday, having finished in the top twenty runners in the recent Y5/6 Cross Country event at Leigh Harriers, Ewan I. (C13) and Georgina H. (C14) went on to represent Wigan in the Greater Manchester Primary Schools Cross Country Event.

The event, which took place in very cold conditions at Heaton Park, is always challenging. Both of our pupils did really well and we are delighted to hear that Ewan finished in 4th place, narrowly missing out on 3rd by a whisker!

A big well done to Ewan, Georgina and all the runners from the Wigan Schools who took part in the event.

Cross country running is a sport in which teams and individuals run a race on open-air courses over natural terrain such as dirt or grass. The course may include surfaces of grass, and earth, and pass through woodlands and open country and include hills, flat ground and sometimes gravel road. It is both an individual and a team sport, runners are judged on individual times and teams by a points scoring method. Cross country usually takes place during autumn and winter, and can include weather conditions of rain, sleet or hail, and a wide range of temperatures.

On Saturday we were blessed with a dry but very cold day which made it ideal for cross country running.

All the children representing Lowton West gave their best and they must All be congratulated for representing the school.

A big thank you to Mrs. Gould, Mr. Rigby and Mrs. Higgins for organising and looking after the children at the event.

To you the parents and carers, a huge thank you for getting your children to the sports village to compete in this annual event.

On Wednesday we took a team of 14 Runners from Years 5 and 6 to the cross country event at Leigh Sports Village.

The weather was wet, cold and the mud was plentiful!

Regardless of the conditions, all of our children did us proud.

Each individual put 100% effort into their long run and the boys’ team came in first place against the other competing schools from the Wigan East area.

Three of our children (2 boys and 1 girl) gained themselves entry to the Greater Manchester Games in March.

Well done to all of our runners many thanks to Mrs Gould for organising this event and to Mr Rigby and Mrs Higgens for supporting last Saturday.

Last week, the school basketball team took part in a play-off final against St Peters. The game was very close; it eventually progressed to extra time and then a shoot out (which we thankfully won).

This meant that we progressed to the Wigan finals which took place last night. The prize was a chance to represent Wigan again at the Manchester Schools Games.
We played against 4 other regional finalists and the standard was very high.

We won our first 3 games and drew our last. This was enough to be crowned winners overall.

It means that we have the best primary school basketball team in Wigan (out of the 80+ teams that entered).It's a fantastic achievement and were very proud of the team.

Thank you to Mr Copley for organising and preparing the team. 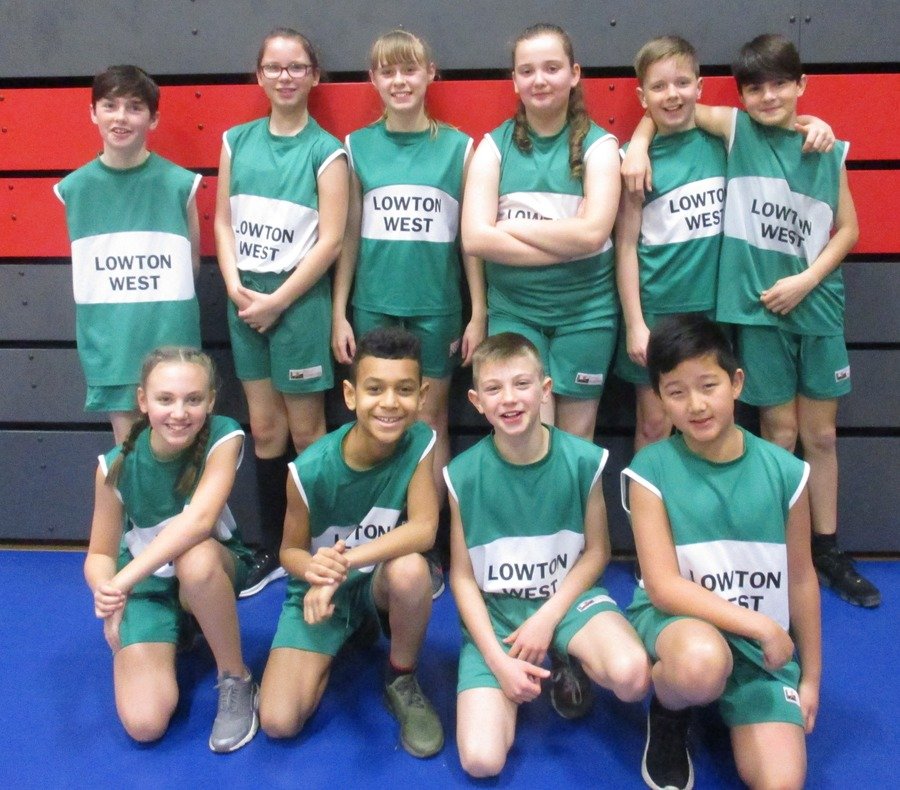 Last week, we took part in an inter-school basketball competition at Leigh Sports Village. Around 16 teams took part from the east side of Wigan.

We took two teams from Years 5 & 6. The B team, comprising largely of Year 5 children, did very well.

They progressed from their group unbeaten to get to the final where they beat the winners from the other group (they also managed to do this by only conceding 2 baskets overall in 8 games).

This showed amazing teamwork and skill. It also means that will be, again, progressing to the play-off stages, aiming to represent Wigan again at The Greater Manchester Games.

Well done to both teams.

Two weeks ago, we played against Christchurch Primary school, winning 5-0. On Thursday this week, we played our local rivals, St Luke’s, in a very high quality game from both sides.

After what seemed an eternity, we scored the winner in the second half, finishing the game 1-0.

Well done to the teams who played both matches.

On the 4th and 11th October, the school football team took part in the first two league games of the season.

The first, against Gilded Hollins, was a convincing 11-1 win. The second, against St Thomas’ was a much closer affair.

After a match of contrasting styles, we finally emerged winners with a 7-3 scoreline.

In both, the team were amazing (particularly the players making their debuts). Well done team.

On the 4th and 11th October, the school football team took part in the first two league games of the season.

The first, against Gilded Hollins, was a convincing 11-1 win. The second, against St Thomas’ was a much closer affair.

After a match of contrasting styles, we finally emerged winners with a 7-3 scoreline. In both, the team were amazing (particularly the players making their debuts).